District » About Our District

The first students in the Livingston area studied in a one-room adobe schoolhouse on the Robert Weaver farm in 1868. That building was later replaced by another single-classroom structure located on the McDonnell Flat Ranch in 1876. The building and classes moved into town in 1880, but as early as 1910 another schoolhouse was built on Crowell Street and the old McDonnell schoolhouse was torn down. It served the school district until 1921, when the Livingston School District, with a total student body of 197, combined with the Arena's School District's 80 students to form its own consolidated district. A bond was passed in 1921 in the amount of $30,200, which was used to build a six-classroom, one-auditorium structure that would house the 227 students of the consolidated district. In 1945 the Selma Herndon school was built at B and Prusso Streets and served the district well until it was torn down in 1962, the year a new school was erected on the site. It was also in 1962 and 1963 that Campus Park School was built. As time passed and the number of students attending school in the Livingston Union School District grew, Yamato Colony was built in 1989, and finally in 2001 Livingston Middle School opened its doors to receive the District's middle school students. 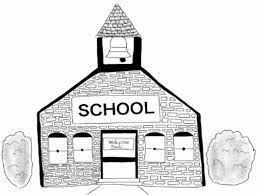